Right on the heels of my session on the Networking section (Objective 2) of the vBrownBag studies series, this post will go over Private VLANs. For those that are going “What is a vBrownBag?” please do your self a huge favor and check it out – this is a superb series run by Cody Bunch and Damian Karlson that has been literally going on for years. It is a great educational platform with a number of rockstar speakers.

I have no clue how many turtles you can fit on a rock. 🙁

While I’m not writing this as some sort of greater VCAP-DCA study guide, I do think it ties in nicely to a number of VMTN forum questions that I’ve seen and my latest splurge of networking related posts. Also, it gives me a great excuse to do some mini-infographic work, which I really enjoy.

Note: One thing I do want to emphasis is that the Private VLAN concept is not limited to vSphere. It’s a networking technique that has been employed on switches for quite some time. However, it is available within vSphere as an added feature when using a vSphere Distributed Switch.

What Makes A VLAN “Private”

The gist is that you have a logical encapsulation of VLANs within a VLAN. Raise your hand if that made you think of the Xzibit “Yo dawg…” meme.

The infographic below details this a bit more. The blue Promiscuous VLAN is a Primary Private VLAN. It is an externally facing VLAN that is accessible to the external network, and needs to be an available VLAN that can be used by your network. 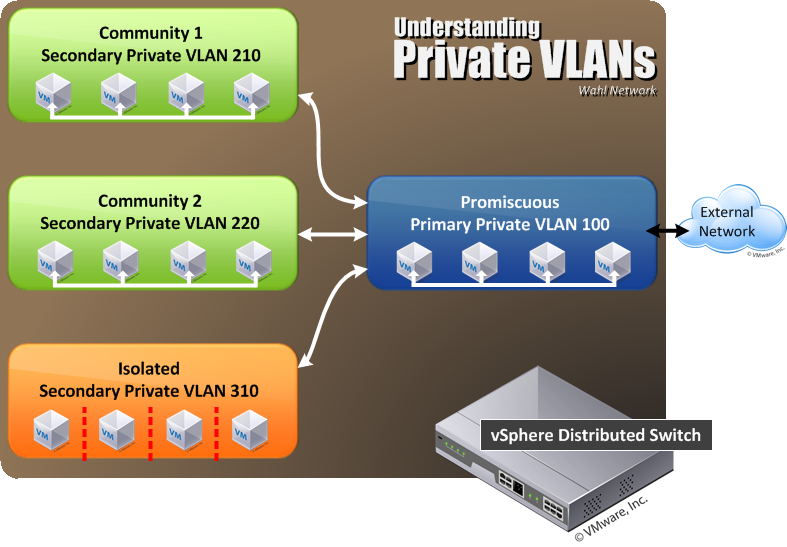 The Secondary Private VLANs are further broken up into two types: Community and Isolated.

The Isolated Secondary Private VLAN is unique – you can only have one per Private VLAN. VMs inside the Isolated VLAN can not even talk to each other; they can only communicate directly with the Promiscuous Primary VLAN.

Here is a screenshot of the Private VLAN setup on a vDS. I’ve highlighted each VLAN type with a colored box to match the infographic. 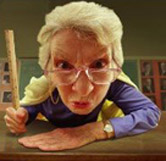 Fortunately, support for PVLANs is rather common.

While I don’t see PVLANs in production that often, I have been assured that folks are using them. Realistically, I can see a some use cases for them where you need to fence off applications (perhaps pre-production?) or wish to have it serve as a method of security to logically segment your virtual machines. This, of course, assumes you trust VLANs as a method of security, which is something I see debated off and on, but mostly tend to trust for my own uses.