For many folks, the utterance of the term vCenter Single Sign On (SSO) is met with an angry scowl and a fresh battle scar. To be perfectly blunt: it was bad. I’m not going to enumerate a list of reasons why it was bad, but let’s just say that numerous VMware KBs and blog posts sources made this a clear point. But that’s in the past, so let’s look forward to the future.

Can VMware make SSO not suck? It appears the answer is yes, and more! 🙂

The previous SSO architecture has practically been wiped away and started from scratch. It hardly looks anything like what it used to be. And that’s a really, really good thing.

Here’s a few big improvements that I’m sure you’ll be delighted by:

If you’ll recall, SSO 5.1 had three different deployment models: Standalone, HA, and Multi-Site. And most people chose Standalone because the other two were dangerous and clunky.

With SSO 5.5, there is only one single deployment model based on the multi-master domain architecture. You have three basic choices during SSO installation:

Also, if you run into a snag, there’s no a full suite of diagnostic and troubleshooting tools available to you. That should equate into less headache and tier 1 support calls. 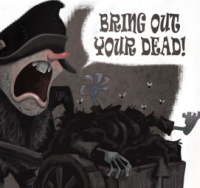 In SSO 5.5 the new domain is called vSphere.local with a user called Administrator.

Seems like a bit more friendly of a domain and name to remember.

There are now published VMware recommendations around the design of vCenter Server components.

The first design recommendation is for organizations with a data center that has 1 to 5 vCenter Servers.

VMware recommends install all of the services on a local server – it’s simple and scales relatively well. This model supports up to 1000 vSphere hosts and 10,000 virtual machines. That’s a lot of objects for a single data center.

For larger organizations with a data center that need more than 5 vCenter Servers, VMware recommends a centralized SSO authentication server.

Note that in the graphic below there is a mixture of vCenter 5.1 and 5.5, which is supported. Therefore you can upgrade your vCenter servers in a timeline that makes sense for your organization.

For a distributed, multiple data center architecture, you can dictate that SSO create different sites.

Remember, SSO 5.5 is site aware, therefore you’re just telling SSO that it is managing domains for unique sites. Replication is still automatic between SSO instances across your environment. If you want to get a single view of the entire vCenter landscape, the sites can be tethered together using Linked Mode.

And last, but not least, the vSphere Web Client underwent a few changes and improvements, too. Although until it’s using a more modern front end (such as HTML5), the Web Client will still remain in a negative light for many folks.