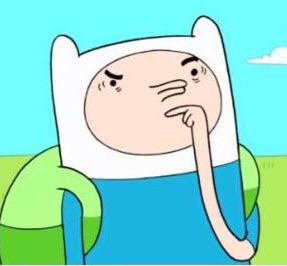 I tend to lurk on the VMTN networking forums and swoop in on occasion. One question that crops up a fair bit has to do with mounting NFS storage: should you the NFS server’s FQDN or IP address? In the past, I usually leaned towards the IP address to avoid any DNS silliness and less dependencies are always a plus. More recently, I’m shifting in favor of using the FQDN and abstracting the mount (and datastore UUID) away from IP addresses.

Take my latest project in the lab to migrate into a new subnet as an example scenario. This migration included my NAS arrays, which are mounted to the vSphere lab via FQDNs. I really enjoyed the flexibility to sneak in a few host file entries during the migration to avoid down time. Even if I were rather paranoid, I could just leave host file entries in play, although I don’t.

It’s ultimately up to you how you mount NFS storage, but if you are a fan of using the FQDN, here’s a walk through on how I performed the migration on my Synology boxes.

My 2411+, 414slim, and ioSafe 1513+ all have multiple NICs that are bonded together using LACP. The bond itself can only have a single IP address configured. However, I can split the bond apart into separate links for the sake of migration and apply the new IP address onto one of the additional links.

If you have a storage array that supports VIFs (virtual interfaces) or LIFs (logical interfaces) you don’t need to fool around with physical links. Just apply the new IP and VLAN configuration to the VIF on your existing bond. 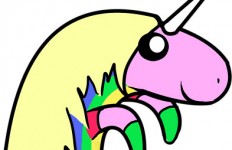 And don’t forget to update your virtual network, too. If the VLAN ID is changing, you’ll need a new port group with the new VLAN ID.

Assuming that the NFS storage array is now accessible via multiple IP addresses on (optionally) multiple VLAN IDs, it’s time to start flipping hosts over to the new address. I use a rolling maintenance mode method to avoid any VM impacts. Here’s the steps I suggest using:

If you’ve never edited the /etc/hosts file, it’s simple to do. Just SSH into a host and fire off a “vi /etc/hosts” command. Press i to switch to insert mode, and then add a line like shown below (with your IP address and FQDN):

Updating the DNS A Record

Now that every host is using the new IP address, update the A record on your DNS server for the NFS server. I usually have a long TTL (Time to Live) value on my A record for NFS storage because I want my hosts to check in very infrequently.

In Windows DNS Manager, this requires turning on the Advanced view.

In the example below, I have my NAS A record set to 30 days and 1 hour. I’d be surprised if I couldn’t get DNS services working in that amount of time. 🙂

I also suggest using reverse lookup zones and PTR records. It’s a good habit to get into. 🙂

That’s pretty much it. Don’t forget to delete the /etc/hosts entries at some point in the near future. If you don’t want to muck about with splitting the bonded interfaces on a Synology, you could also just power down all the VMs and adjust all the IP configurations during a maintenance window. I look forward to a day when Synology natively supports VIFs.